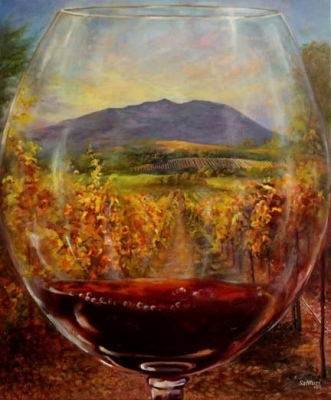 Bob and Anna-Maria Roudon, and Jim and June Smith initially founded Roudon Smith Winery in 1972. The Roudons conceived the original dream as a radical lifestyle change, when they moved to the Bay Area in the early 1970's. Roudon met engineer Jim Smith in the early days of the growing computer industry while working together at Silicon Valley's Amdahl and began sharing his plans for a small winery to be established in the nearby Santa Cruz Mountains. Dreams soon led to action. In the spring of 1972 the two engineers purchased vineyard land high up in the mountains and began to juggle winemaking with their “day jobs”. With the help of all their families they completed their first crush in a tiny basement winery. As the Roudon-Smith reputation grew, the two couples eventually took the leap, quit jobs, moved fortunes and families to the Santa Cruz Mountains and never looked back. Open Thursday - Sunday,or by appointment

California Cork Members receive discounts at this winery!
If you are not already a member JOIN TODAY!