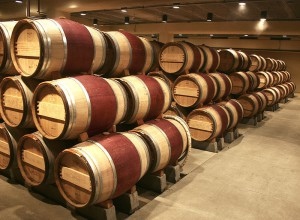 P M STAIGER was established in 1973 on a ridge above Boulder Creek, in the Santa Cruz Mountains. The site had been an early twentieth century vineyard and winery operated by the Jim Locatelli family, but the vineyard and the vines had long since disappeared and only a few large hoops from the old redwood tanks were all that remained of the cellar. P M Staiger was replanted and built a new house and winery, designed by Robert Walker. The varieties planted - Chardonnay, Cabernet Sauvignon, Merlot,and Cabernet Franc - were determined by the types that had been historically grown successfully with good exposure in the higher elevations of the Santa Cruz Mountains.