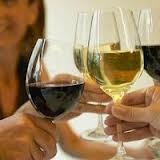 Atop the rolling hills just outside Creston, Michael & Margene Mooney began the fulfillment of their dream to plant a vineyard, build a winery and establish their home. The family took up residence on the property in the Summer of 1998 and planted the 5.5 acre estate vineyard in the Fall of 1998. Chateau Margene’s first wine was their 1997 Paso Robles Cabernet Sauvignon, with grapes sourced from a vineyard in Paso Robles’ west side Templeton Gap area and another vineyard off Airport Road in east Paso Robles. The first wines off the estate were the 2001 Cabernet Sauvignon and 2001 Reserve Cabernet Sauvignon. The 2006 GSM & 2007 GSM both sold out very quickly at the two tasting rooms, as did the 2007 Syrah & 2008 Mourvedre. After producing Pinot Noirs from Paso Robles from 2002 to 2007, Michael and Margene researched the cooler weather climates of California and chose to acquire grapes from Monterey County for their Santa Lucia Highlands Pinot Noir. The 2008 and 2009’s both sold out immediately.