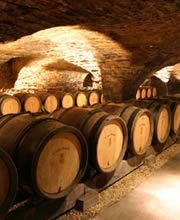 A California resident since childhood, Bob Lindquist named his winery “qupé” to honor the Chumash, the indigenous people of the Golden State’s Central Coast and Channel Islands. Since many of the sounds of the Chumash language have been obscured by time, Bob gave “qupe” its pronunciation (“kyoo-pay”), with an accent on the final syllable.
In Chumash, “qupé” refers to the poppy, a flowering plant traditionally used for food and medicine. In 1903 the California poppy (Eschscholzia californica) was officially designated the state flower, and every spring masses of the bright orange blossoms still blanket local hills and back country.