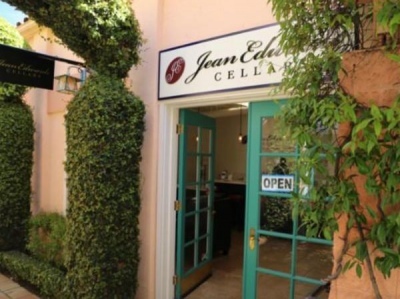 Karen and John Troisi started Jean Edwards Cellars in 2004 and released their first wine in 2006, which was spectacular. Wine Spectator Magazine named them as one of "20 new cabernet producers to watch that could be the next cult wines". Jean Edwards Cellars is in the good company of well-known producers such as Scarecrow, Kapscandy, Ghost Block, MacAuley, and Oakville East. The fruit for this wine comes from the Stagecoach Vineyard located on Pritchard Hill on the eastern side of the Napa Valley. Their vines (neighboring with Paul Hobbs) have produced a delicious full-bodied, solid and classically styled Napa Cabernet. In the glass deep garnet-purple, with lovely dark cassis, plum, cedar and earth notes, hints of tobacco and vanilla and a delicious hint of dark chocolate on the palate. Aged 24 months in French Oak, the wine is 92% cabernet sauvignon and 8% cabernet franc. Jean Edwards Cellars produces full-bodied and wines yet not at all over the top, this wine has a balance and fineness that so many of the huge framed super expensive Napa Cabs seem to lack. Drinkable now, especially with a decanter, it will continue to gain complexity with additional cellaring for 5-10 years. Production was a mere 250 cases.~