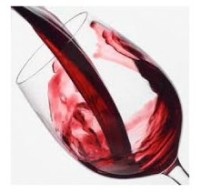 Big Basin Vineyards was founded in 1998 on an historic site in the Santa Cruz Mountains next to Big Basin Redwoods State Park. The old ranch property was first settled in the late 1800s. Wine grape cultivation had been started by French immigrants by the early 1900s and continued until 1965 when the property was sold by Justin Lacau, who had named the property "Frenchy's Ranch", to a timber company. By the 1990s, all that remained of the vineyards were redwood stakes and scattered vines hidden by brush and poison oak bushes. The mission has been to restore this historic vineyard site using modern, organic viticultural methods. The winery building was completed in December 2003 on the same site as the original 1890s house/winery structure which burned down in the 1970s. It is a 'Monitor'-style barn with a timber frame construction built using redwood selectively harvested from the estate.